I grew up in New York City. From a young age I was struck by the impact of poverty, drugs and violence afflicting those around me. Although the city has changed, I am still troubled by the prevalence of these problems today that plague our outer boroughs, our upstate rural communities and small towns, as well as many other parts of our country.

Clean was not what I expected. It was more. I watched the trailer and expected your typical crime drama. I expected a lot of bloodshed, a lot of death, and not a lot of heart. Instead, I got a movie that didn’t elicit tears, but definitely tugged on the heart strings. The main character, Clean, was a bad guy and he’s trying to stay on the straight and narrow. You see glimpses of his past through flashbacks and nightmares. You can feel the pain that weighs on his movements and actions. As I watched the film, I felt like I was carrying that pain with him. Adrien Brody, who plays Clean, brings a lot of depth to the character. In other films, Clean would be a very one dimensional character, but here he’s so much more, he’s a person – a person you can’t help but care about and root for. I’m sure that many will disagree, but I would say that this is Brody’s best performance to date. I was stunned watching him on screen.

In addition to writing this together with Paul, Clean was a unique opportunity to merge several forms of expression. I created the score and original music for the film in an effort to merge the emotional language of music with character work and further enhance the story. It’s allowed me to finally channel my instincts and yearnings as a writer, actor and musician.

This quote really impressed me. As I watched the film, I was impressed with the score. It stood out. I find that with a lot of movies the background music gets in the way of the story and overpowers it at points. With other movies, it is there but doesn’t really add to the film. Here, the score subtly underscored the film, adding to the complexity of what I was seeing. There’s one scene, it ends up being one of the more brutal fight scenes, about two-thirds of the way through the film. The music that plays over this part of the film is brilliant, it rises with the tension without being too “in your face.” It sets the mood and you are aware of it, but it simply heightens the experience. I was shocked to learn that Brody was responsible for the score, but, as I said, completely impressed with the quality of it.

For me, the notion of a person working to create something positive out of the challenges of the past is a deeply powerful, deeply personal theme. I believe we can change, and grow, and make things right if we’ve erred. And I also believe that to a great degree, we are who we are, for better or worse. That for some, redemption may only come with great sacrifice or not at all.

When it all comes down to it, Clean is a redemption story. It is filled with heartbreaking tragedy. It shows us pain that would break most of us and a life that many could never come back from, but it also shows us compassion and a desire to be better than who we were yesterday. I’m not really sure what it was about this movie, but it touched me in a profound way. While I said it wasn’t a film that would bring tears to your eyes, as I reflect on the film and on the character of Clean, I do tear up a little. I always rate my films before I start writing and I rated this one 3.5-stars. However, as I think about the story, the path that Clean takes, and the redemption that he experiences, I can’t help but change my mind and bump that up to 4.5-stars.

Both Solet and Brody wrote about how personal this project was for them and I think that comes across in the film. I think that comes across in the power that this film can have on some people. I’m sure that many people will watch this and see another great crime drama. Some may just see some cool fight scenes. For some, they may just never look at a pipe wrench the same way again. For others, there’s a lot of meaning and self-reflection in the film. Sure, we may not all have a past as dark as Clean’s, but we all have regrets and we’ve all seen how regret can impact the lives of others. This movie is more than it appears to be and the only way to realize that is to sit down and watch it.

Clean will be in theatres, on digital, and demand on January 28. 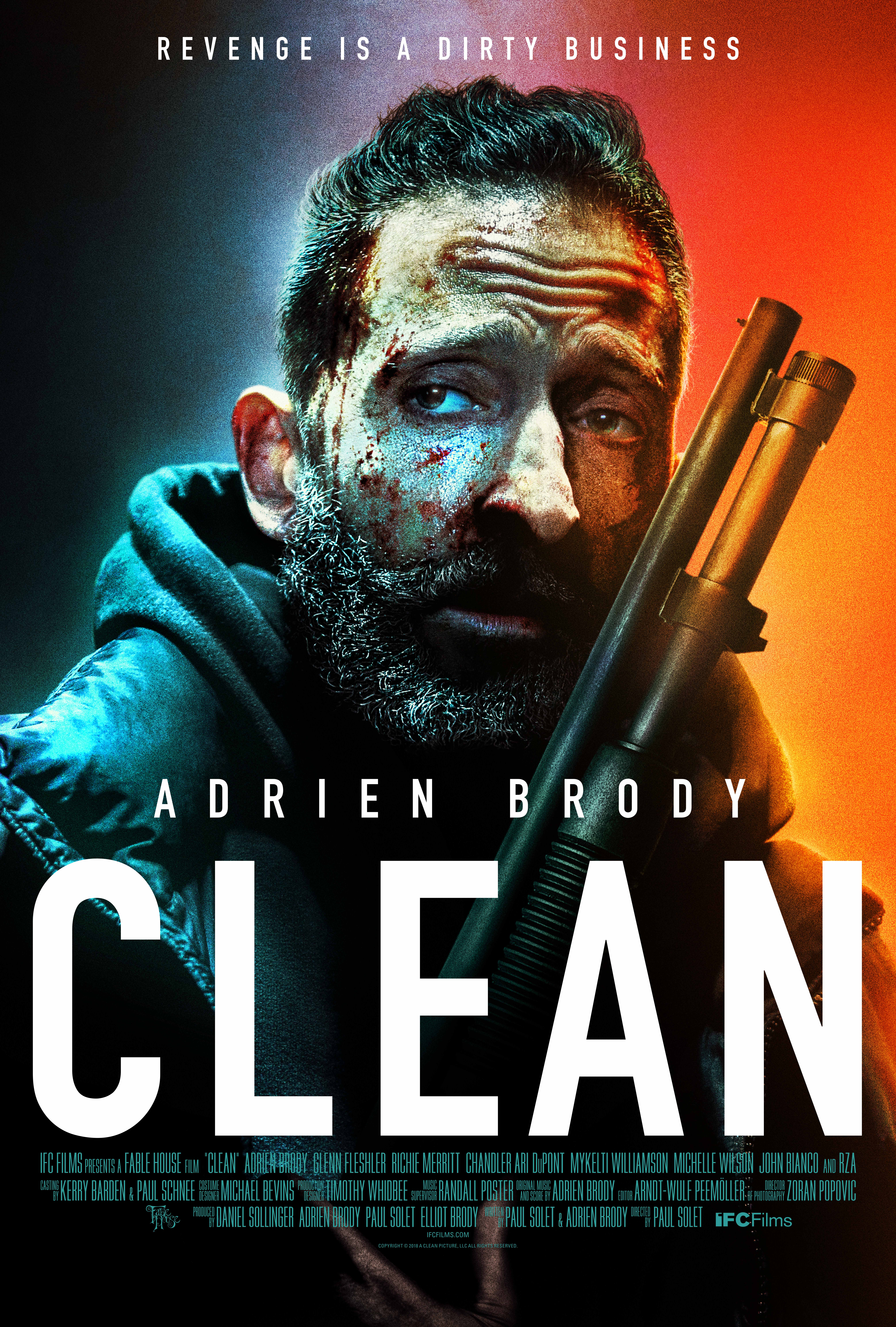 Movie description: Clean, a man with a violent and criminal past, seeks redemption after being awakened by personal tragedy. He dedicates his life to his broken community, and the safety of young girl who reminds him of his daughter. When her life is put in danger, it ignites a return to the darkness and violence he’s worked so hard to leave behind. In his attempts to save her, he might very well save himself.

This needs to be said right off the bat – this film was inspired by a true story. I don’t think that can be emphasized enough and, as such, needs to be mentioned out of […]