The Dead Lands from Shudder and RLJE Films is defined as a horror/action series and I feel like this does a disservice to the series. A lot of people are turned off by horror series and don’t realize just how broad that term can be. In this case, if I were to describe this series, I would be more inclined to call it a fantasy/action/thriller/comedy/horror series with the explanation that the horror aspect is a bit of gore and the fact that the dead are walking the earth. At the end of the day, it doesn’t matter because the series is awesome and you should watch it.

The series focuses on two characters Waka Nuku Rau (Te Kohe Tuhaka) and Mehe (Darneen Christian). Waka is a great warrior, known for being merciless, who is murdered and denied access to the afterlife. He is told that he has dishonoured his family and must redeem himself, so he is returned to Earth. Mehe is the daughter of the leader of a clan and seeks out Waka after her father is taken by the dead. Waka needs a redemption story and one conveniently falls in his lap. The series is not unlike any other fantasy quest series, the two heroes have a mission – close the opening between the world of the living and the land of the dead and return everything to its rightful place. Where it differs from others is that it’s filled with zombies and fun.

The biggest surprise for me was how funny this series was. It is a serious fantasy/action series, but it is funnier than a lot of sitcoms. The relationship between Waka and Mehe, which changes across the series, provides so many opportunities for humour, anger, and love. Even though the series is only 8 episodes long, you find yourself invested in these characters, in love with them in many ways. I’m impressed and amazed by how well written Waka and Mehe are and how well the mesh. Tuhaka and Christian are both amazing actors and they play off each other so well that you become completely immersed in the conversation and events. I need to repeat myself here – they are INCREDIBLE. I look forward to more TV and movies from both of these actors, but particularly Darneen Christian, I went and looked for more from her, but this is her first major role. Her performance was amazing and I hope for awesome things from her in the future.

At the end of the day, I really enjoyed this series. I binged it quite quickly and was disappointed when it ended. I was, however, disappointed with the ending. I don’t want to ruin the story, so I’ll try to be vague. The series is a redemption story for Waka, he works to become a better person, one deserving of entering the afterlife. At the end, however, a choice he makes seems out of place. I don’t feel that it demonstrated the growth that I wanted to see from the character (and that I had seen) and I wasn’t happy to see it, but I guess we’ll see where season two of the series takes us. Either way, I’m looking forward to more of this series and excited to see what the future holds, I think it will bring us a lot of awesome content.

The Dead Lands is available on demand on June 9. 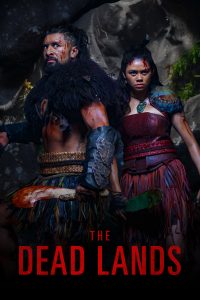 Description: In THE DEAD LANDS, Waka, a murdered Māori warrior returned from the Afterlife, and Mehe, a determined young woman, embark on a quest to find who "broke the world" and how to close the breach between the living and the dead. AMC Networks' Shudder and TVNZ present THE DEAD LANDS, an epic supernatural fantasy series set in mythical New Zealand.