How do you ruin a Ryan Reynolds movie? Take a great story, a solid cast, and whole lot of intrigue and add in so many time shifts without indicators that it becomes impossible to follow. At the end of the day, the story behind The Captive was amazing. The performances by the cast members – Ryan Reynolds and Mireille Enos as the parents of a missing child, Rosario Dawson and Scott Speedman as detectives, Alexia Fast as the captive, and Kevin Durand as… well a creep – were phenomenal. The Captive should have been a hit that everyone was talking about, instead it felt like a flop. While most directors will use captions, subtitles, or even film colour (subdued tones or high contrast) to indicate action taking place in another time frame, Atom Egoyan decided to let us just guess. This meant keeping notes on the film and realizing halfway through when the scene was actually happening, which does not make for an enjoyable film watching experience.

The film is about a young girl who is taken from her father’s truck when he goes into a shop to pick up a pie. We bounce between that time period and the present (and possible a third interim period, I’m still not sure) as we find out that the father is still looking, the girl is being used to lure other girls to a ring, and the detectives have fallen in love and are dating. It’s hard to talk about this movie because I’m still not sure what was happening when. I would love to see a re-cut version that takes place chronologically, I think that would make for a great film.

I can’t recommend seeing this movie, unless you’re a completionist who is trying to see every Ryan Reynolds film. If you can suffer the film’s progression, Kevin Durand, Ryan Reynolds, and Mireille Enos all do great jobs and their performances are almost worth the time investment. Otherwise, I would pass on this film and look for better options that make sense. 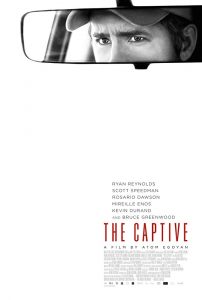 Movie description: Eight years after a child disappeared without a trace, detectives find disturbing clues that indicate that the girl is still alive.

For what it is, Primal is a 5-star film. It may have a November release date, but it is 100% a summer popcorn action flick. It is the type of film that I would have […]