This movie could have also been called A Redneck Christmas Carol, although the one sheet basically gives that away. The film stars Taryn Manning as a trailer trash mom who cares more about herself than anyone else in her family. You can’t fault Taryn or any of the other stars of this film (Eric Roberts, Beverly D’Angelo, Wendi McLendon-Covey, Meat Loaf) – they did a great job. The movie is entertaining enough to watch, but that’s about it. It’s not going to be a Christmas classic (which should be clear since it was released 5 years ago).

In danger of losing her kids and constantly screwing up (and screwing around) – Cindy (Manning) is visited by three ghosts to see Christmas past, present, and future. All of this happens while she’s raising her kids (if you can call it raising them), dating one guy, sleeping with another, and causing marriage issues for her brother. You quickly learn that a bad upbringing and an awful father made her who she is and that, deep down inside, she’s not all bad. The film features all the classic aspects of A Christmas Carol – a selfish individual, a struggling family, a sickly boy named Tim, and three ghosts – I guess it doesn’t really take much to get that squared away.

The film makes fun of the American redneck stereotype and really should have had a Jeff Foxworthy cameo. It’s not a great family Christmas movie, it’s definitely one for the adults. If you’re having a few drinks and want a few laughs around Christmas, this might be the movie to put on. Otherwise, it seems highly unlikely that you couldn’t find something better to watch. 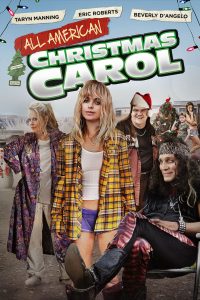 Movie description: A white-trash mom is visited by three ghosts intent on showing her a path to a brighter future.