Chris Pine has been in a lot of excellent films over the years. Seeing him in The Contractor reminded me that not every film will be excellent. That’s not to say that The Contractor isn’t a good film… it is. It just isn’t at the same level as the other films that we’ve seen him in. The film reminds me of the the types of movies we saw the action stars of the 80s and 90s doing in the early 2000’s. It is still fun to watch, but it wasn’t as good as it could have been. Part of my reason for feeling that way isn’t the film itself but the trailer and I think it is important to discuss this aspect of the movie.

It is still getting worse, but for the past decade there’s been an increasing trend when it comes to movie trailers. Gone are the days of Don LaFontaine giving us masterful movie trailers. Today, trailers are miniature cuts of the film. I always laugh when people get upset of movie spoilers, even though I’m one of those people. The reality is that films are spoiled as soon as the trailer is released. Instead of creating intrigue, they tell us the story and set our expectations. I’m not sure that I’ve seen a good trailer in the past decade. Sure, they generate a lot of buzz and get everyone talking, but good movie trailers just don’t exist anymore. The ones that don’t ruin the story fail to properly setup the story. The people making movie trailers would benefit from having a conversation with the people who write the blurbs for book jackets.

Anyways, enough of that rant. The trailer for The Contractor was the reason why I decided to watch the film. I went in expecting an action flick and I got that in the end, but 50% of the film was drama rather than action and that wasn’t advertised. It wasn’t conveyed. I watched the movie through the lens of the trailer. That is what set my expectations and, based on that, it was a let down. However, when I read the production notes and look at the film through that lens, it is a fantastic movie. My message to everyone making movies – fire the people making your trailers… they are all awful at their jobs.

Back to The Contractor. The film is billed as a classic action flick, but the production notes clearly speak to a much more nuanced film, a film with depth and substance. Reflecting on the film, I can see that now, but I always try to frame my films for the best possible viewing experience. If I’m in the mood for an action flick, I watch a movie billed as an action movie. If I need a laugh, I watch a comedy. In this case, I settled in for a solid action film and, looking at this as an action film, it simply didn’t live up. Looking at this as a military drama and the relationships that are formed, it was a fantastic film. So that begs the question, “How do I review it?”

In the film, Chris Pine plays a struggling soldier whose life is upended as he leaves the service unexpectedly. In financial troubles, he turns to a friend for advance and goes into the private sector, working as a military contractor. The setup plays out for a very long time and if you’re expecting action, prepare to be disappointed. If you want an interesting character study, then you’ll probably enjoy the film. After what feels like forever, but is really about half the film’s running time, the action finally kicks off. Then, I got the action that I was expecting and found myself really drawn in. So, set your expectations appropriately and you’ll likely really enjoy the film.

There are two standout scenes in my eyes, both of which involve Chris Pine. One involves him and Ben Foster at a major turning point in the film. Midway through the sequence they end up in a sewer and the two of them are absolutely fantastic. It was a highlight of the film. The other involves JD Pardo, an actor that I love who doesn’t appear on screen nearly enough. Pardo’s short lived sequence in the film is capped with a beautiful moment that had me tear up just a little.

At the end of the day, I recommend watching this film. It is really enjoyable. I beg you, however, to set your expectations appropriately and realize that this isn’t John Wick or The Expendables. This isn’t non-stop action and contains a lot of dramatic elements. They are excellent and well done, but can be disappointing if you don’t set your expectations appropriately.

The Contractor will be released in theaters, on digital, and on demand on April 1. 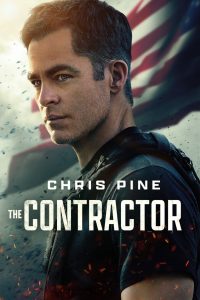 Movie description: Chris Pine stars in the action-packed thriller as Special Forces Sergeant James Harper, who is involuntarily discharged from the Army and cut-off from his pension. In debt, out of options and desperate to provide for his family, Harper contracts with a private underground military force. When the very first assignment goes awry, the elite soldier finds himself hunted and on the run, caught in a dangerous conspiracy and fighting to stay alive long enough to get home and uncover the true motives of those who betrayed him. Also starring Kiefer Sutherland, Ben Foster, Gillian Jacobs and Eddie Marsan.