This year, Marlon, a show that has aired in the US for two seasons on NBC, appeared around the world as a Netflix Original. As a lifelong fan of sitcoms, I’m always looking for new shows to throw on during dinner or when I crawl into bed. Marlon popped up under recommended shows and I figured I’d give it a try. I ended up watching the two seasons (20 episodes) in 5 days. This might not sound overly impressive in our binge watching culture, but it’s more impressive when realize that I took a day off to binge Atypical Season 2 with my wife as well as 4 movies over the weekend. In my world of TV watching, this is an acknowledgement of my enjoyment of the series.

I thought the writing was impressive and the dynamic between the leads, Marlon Wayans and Essence Atkins, was phenomenal. While the show was a sitcom, it still benefited from comic relief in the form of Bresha Webb and Diallo Riddle, their interactions, primarily with Marlon, created some of the most touching and hilarious scenes of the series. The series continually hits, with very little downtime and has the ability to draw a laugh from the most casual viewer. My wife, who watched part of the series with me, could easily walk into the room, catch 5 minutes and still laugh several times.

In the first season, there were a pair of standout episodes – Project Kids and Coach Marlon. In Project Kids, Marlon decides that his kids are spoiled and could stand to learn what it was like to grow up poor in the projects. While I’m not a parent, I see kids out with their parents and often feel that the current generation is spoiled to to a level that we’ve never before seen. I thought this was a great wake-up call episode and acknowledgement of the ridiculous levels of “spoilage” we’re seeing today. In Coach Marlon, Marlon takes over as the coach of his son’s basketball team and the results are about what you’d expect from a sitcom. The secondary story line, however, resolves around the dynamic between Marlon and his ex-wife, Ashley, and culminates in a very touching scene. The highlight of the first season, however, was the final moments of the season finale (End of the Road) when Boyz II Men appear to perform for Ashley, seeing one of my favourite groups on screen is always a bonus.

The second season returned with a very topical episode, where Ashley and Marlon’s son Zach models clothing. While everything is going smoothly initially, the company edits the results of a photo shoot to produce a racist image. The two standout episodes this season were the two most touching – Man Code and Homecoming. In Man Code, Marlon learns that Ashley’s best friend Yvette is dating a cheater but decides not to tell her because of the “man code.” The conclusion of this episode is one of the most touching moments of the entire series. Similarly, Homecoming focuses on the other peripheral character to the family, Stevie, Marlon’s best friend. In this episode, a college secret is revealed that threatens their friendship but, once again, the right choice is made and the results are quite touching. The season ends with a faux funeral for Marlon that produces another great moment in the series. While it is currently unknown whether or not we’ll get a third season, at least, if the series must end, it will end on a great point.

At the end of the day, this show is well worth the time investment. It is entertaining, over the top funny, and, at times, sentimental – everything you expect from a solid family comedy. 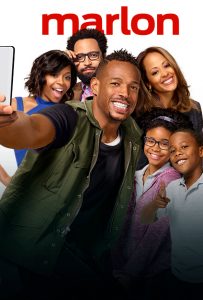 Description: A sitcom staring Marlon Wayans and Essence Atkins about a divorced couple that remain friends and continue to raise their children together.