Drunk Parents most likely starred a drunk cast being directed by a drunk director and reading off a script written by a drunk writer. I’ve been finding that good comedies are hard to come by these days, but seeing this cast I was hopeful – Alec Baldwin, Salma Hayek, and Jim Gaffigan should have made this a standout hit. My wife was surprised that it was a Direct-to-VOD movie, but when we finished the movie, she said she understood why it was released that way.

Let me say that Drunk Parents isn’t a bad movie… it’s just not that good. It’s a movie you toss on at 2AM on Netflix because you aren’t ready for bed or watch on TV because it’s Sunday afternoon and you’re not a sports fan. The movie was written and directed by Fred Wolf. If you don’t know that name, you surely know his body of work – Dirty Work, Joe Dirt, Dickie Roberts: Former Child Star, Grown Ups, and Saturday Night Live. I expected something better given that his name was attached to it and Jim Gaffigan’s Carl Mancini was amazingly written, it’s a shame it didn’t extend to the rest of the cast. A movie about Mancini would probably be a hit, but the main characters – Alec Baldwin and Salma Hayek’s Frank and Nancy Teagarten – just weren’t as standout as I wanted them to be.

Part of the problem might have been the concept. While it’s great to see a film where someone poor becomes instantly rich (i.e. Mr. Deeds), when the opposite happens you want to see the people absolutely destroyed. When it’s two super rich snobs that suddenly find themselves broke, you don’t want them to be relatable, especially not in a comedy. I think that’s part of the problem with this film. The film starts with the Teagartens dropping their daughter off at university and, shortly after, we discover that they are broke. Frank created a medical device that experienced a few failures and his company went under, leaving these ultra-rich snobs struggling to pay their bills.

What follows is a series of awful moments created by poor choices on the part of the Teagartens that should have been funnier than they were, but the film struggled between making you laugh at their escapades and making you feel bad for their luck. It’s hard, however, to feel bad for people who won’t take regular jobs to pay their bills. The redeeming point of the film, however, was, as I mentioned above, Jim Gaffigan as sex offender Carl Mancini. He stole the show every time he was on screen – although, in this case, that wasn’t a hard mission to accomplish. Through a series of unfortunate decisions, he comes to rent a house off Frank and Nancy. Every interaction with him is worthy of a laugh, which is the source of most of the laughter from this film.

One highlight for me was a cameo with Colin Quinn and Will Ferrell playing “Colin and Will”, a pair of homeless men that encounter Frank and Nancy for the night. It was surprising to see them show up in such minor roles but that scene brought a number of laughs.

This movie, with a little more pain applied to the rich snobs, could have been great. They needed to suffer a bit more for the comedy to shine, but at the end of the day, it’s not a bad movie to have on as background noise. 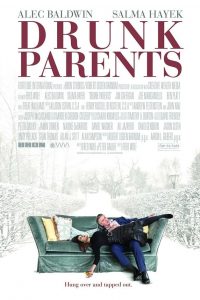 Movie description: Meet Frank and Nancy Teagarten: The staunchly lower upper-class family with their shiny black Range Rover and tasteful Tudor style home. They’re anxiously dropping off their daughter at her first day of college, and the two parents couldn’t be prouder. However, a visit by the repo man shortly after leaves them scrambling to make ends meet & their wealth, it seems, is less secure than we thought! Committed to getting their daughter through college, they hold a house-wide yard-sale coupled by a night of heavy drinking, & wake up to some very regrettable decisions. This sees them try to hide their evaporating net worth from friends and family-alike in an ever increasing downward spiral of elaborate neighbourhood schemes.