As far as I’m concerned, that should be the end of this review. The only negative I have about this entire special is that it was too short. Adam Sandler gave us a high quality comedy special that was beyond hilarious. I found myself laughing the entire time. You have to, of course, enjoy Sandler’s style of humour, which isn’t for everyone but it was amazing. The special is filled with tender moments, laughter, and smiles. One of the most endearing aspects was that Sandler and Dan Bulla, his pianist, frequently broke out in laughter mid joke. While Ellen attempted to be relatable in her special, Sandler actually was. The surprise appearance by Rob Schneider was a nice touch for the song Station 69, which was definitely one of the highlights of the special. I want to repeat this, you have to enjoy Sandler’s juvenile humour, but he was spot on with his comedy in this special with every single step.

Watching this special reminded me of so many great Adam Sandler movies and SNL skits, that there was a high level of nostalgia felt while watching. Sandler is one of my favourite actors, one of the comedians on my bucket list to see live, and one of the people I’d most like to meet in my life. This may, of course, bias my opinion of the special, so you’ll just have to watch it for yourself, but I don’t think you’ll be disappointed.

The end of the special is where things get real. Sandler does a tribute to Chris Farley that had previously circulated on YouTube, so I had already seen it. I cried when watching it on YouTube and I definitely cried again watching the special, hell… I’m tearing up writing about it. It was simultaneously touching and funny, delivering in a way that so few people could and it was absolutely beautiful. Chris Farley was such a funny man who could have given the world so much more comedy and this tribute was a reminder of just what we lost. Afterwards, Sandler did an updated version of ‘Grow Old With You’ to close out the special. This song is from one of my favourite movies, it’s a song that I used to listen to on repeat in the early days of MP3s. It was also fresh in my mind from the recent Goldbergs episode, ‘The Wedding Singer’, which featured both the movie and the song.

I know that Sandler has gotten a lot of flack for some of his recent movies. I was one of the people who didn’t watch them at first, but I recently sat down and decided to watch them. I watched every movie and I can honestly say I laughed at every one of them. They were well done and rather humorous. They may not have been as amazing as some of his early work, but they were definitely good movies. This special, however, goes above and beyond his latest movies and is a must watch special. Thank you Netflix for bringing this special to us! 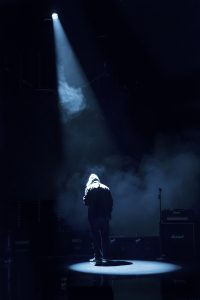 Description: Adam Sandler takes his comical musical musings back out on the road, from comedy clubs to concert halls to one very unsuspecting subway station.

A friend, whose opinion I greatly respect, mentioned Stan & Ollie a couple of times and spoke very highly of the film, so I knew I had to check it out. This weekend finally presented […]