Typically, when I watch a movie, I write my review within 30 minutes of finishing it. Occasionally, I may wait a day. Volition is the first film that took me days to digest and, honestly, I’m still not 100% certain of where I stand. It’s a movie with a twist that I want to avoid spoiling, but I still want to give an honest breakdown of what I saw. Volition stars Adrian Glynn McMorran as James, a, for lack of a better word, low-life with clairvoyance – the ability to see things before they happen to him. He runs with criminals, he’s late on rent, he gambles, and he fights. McMorran is a good actor, at times reminding me of a poor man’s Johnny Depp… he just has that look. He goes on a wild ride with Angela (Magda Apanowicz), after agreeing to use his “psychic powers” to determine what a criminal (John Cassini) should do with $10 million in diamonds.

While the movie is 90-minutes long, this story plays out over the first half of the film. It is an interesting story, but it lacks character development. We get a cast of bad characters with no one to care about or invest in. It was during this portion of the movie that I wanted to stop it. It was a poorly written telling of a reasonable concept. It could have actually been an interesting movie at this point with a better script. One that focused on the characters or on action, but instead we just got a group of actors on screen, playing out a story with a rather dull and uncomplicated way.

The problem with watching a movie that lacks the ability to hold your interest early on is that you don’t get to see how it ends. Volition is worth watching to the end if you’re going to start it. It turns out that the Smith Brothers actually had a cool concept. Sure, they lacked character development and the dialogue wasn’t great, but the basic story is actually awesome. When you combine those, you end up with a relatively decent film. The twist that it introduces really makes the movie and I found myself on the edge of my seat waiting for the second half of the film to conclude just to see how everything played out.

I’ll admit that it felt like things were missed and aspects of the movie just didn’t make sense at times, but this was mostly wrapped up and actually quite interesting. They nailed the Sci-Fi aspect and created a really interesting movie. You also understand why the dragged out first half of the movie needed to drag out the way that it did. I would love to see another with an extra 15-30 minutes of footage before the twist. This would give them time to flesh out the dialogue, to further develop the characters, to help us to care more about James and Angela, our main characters. I think that this would have been a 5-star film if they had managed to do that, unfortunately because of how the first part of the movie played out, I need to drop it down to 3-stars. With that said, if you can see this on a streaming service, it is worth the time investment, I’m just not sure it is worth investing time and money.

Volition is available now on Apple TV, Prime Video, and other digital platforms. 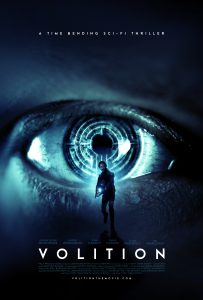 Movie description: In this time-bending cerebral science-fiction thriller, a man afflicted with clairvoyance tries to change his fate when a series of events leads to a vision of his own imminent murder. Awarded as BEST FEATURE at the Philip K. Dick Film Festival, among a slew of other awards and critical acclaim, VOLITION is a tightly-wound puzzle of a ride.

Last night over dinner and a glass of wine, my wife and I rented 2018’s Overboard. As a fan of the 1987 version, I wasn’t certain what to expect given the negative reviews I’d seen […]