The New Romantic is a fun take on the traditional RomCom genre. Hopeless romantic Blake (Jessica Barden) chronicles her misadventures in love in a column in the school newspaper, but finds said column in jeopardy because it lacks any spice. After a chance encounter with sugar baby, Morgan (Camila Mendes), she decides to give the life a try with college professor Ian (Timm Sharp) in order to generate content for her column. Blake’s mistake is that while she’s in it for the articles (and a $50,000 award from journalism competition), she’s also looking for romance, while Ian is looking for a companion for dinner and in the bedroom.

One thing that I’ve found since I started writing these reviews is that movies are often better upon reflection. I think that we often watch movies in a bubble these days, consuming the next piece of content as rapidly as we can. Gone are the days of going out to the movies with friends and then talking about it over coffee or dinner afterwards. You lose something from the experience without that review at the end. I’ve found that writing these, my opinion of a movie will often change after seeing it and thinking about it. Initially, I thought The New Romantic was a 3-star film, maybe 3.5 stars at most, however, sitting down to write this, I realized that it’s at least a 4-star movie and could see it potentially scoring higher with a second viewing and an actual conversation about the movie.

The casting for this movie was phenomenal. Jessica Barden was amazing as the lead character, she came across naive and innocent, it was believable that she would be a Nora Ephron fan. I actually had to look up her age, because I was convinced this was a rare instance where someone was younger than the character they were cast to play just to highlight the character further. I was wrong, which is a really testament to the acting ability of Barden. It was my first encounter with her acting and it lead me down an IMDB rabbit hole, where I discovered Jungleland, starring her and Charlie Hunnam (one of my favourite actors), so I’ll be counting the days until that film is available.

Barden wasn’t the only amazing actor in the group. The double dose of Riverdale in the form of Hayley Law and Camila Mendes was a great idea for several reasons. Riverdale is incredibly popular right now, they are both amazing actors, and Morgan felt like a slightly darker version of Veronica Lodge. Finally, you have Timm Sharp as the sugar daddy and Brett Dier as Blake’s colleague at the school paper. Sharp is just the right amount of creepy in the role to make it believable that he would pay for female companionship, while Dier is, by far, the most likeable member of the cast – he’s somebody that you’d want to grab a beer with and hang out.

The movie goes from lighthearted but hopeless to dark to hopeful. It captures the innocent and dreams of a hopeless romantic – that desire for the perfect, story-worthy moment to tell until the end of time. It also demonstrates just how cold and relentless the real world can be. Blake is such an interesting character because at the beginning of the film, she is a beacon of hope, incredibly likeable, someone you want to know. Then, however, she transitions as she becomes a sugar baby (although the line between sugar baby and prostitute seems to be crossed), she becomes someone you feel sorry for – that previously mentioned naivety shines as she realizes she’s in over her head. There’s a real internal conflict for the viewer, or at least there was for me, balancing the thoughts of “she knew what she was getting into” with “she was so naive, she wasn’t expecting this”.

At the end of the day, the movie shines as a bastion of hope for the hopeless romantics out there. It is a lesson in life and love. I loved the outcome of the film and the path that our final pairing take to get there. It was such a contrast to the stark “relationship” that existed between Blake and Ian. Also, the references to various Nora Ephron films were great!

Note: By now, you’ve probably realized that I didn’t even give this the 4-stars I mentioned above, I gave the film 4.5 stars. That’s because the more I wrote, the more I realized how great this movie was. 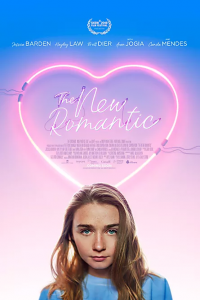 Movie description: Frustrated with the lack of chivalrous guys her own age, a college senior (Jessica Barden) gives up on dating for love and decides to date an older man in exchange for gifts instead.