I recorded the broadcast of this on Sunday night with the intention of watching it on Friday. After watching Twitter blow up with negative reactions, I decided to watch the film sooner. Unfortunately, being Canadian, I had a televised shit show to watch. The cast went to make an announcement (at this point I was unaware that the show wasn’t actually live) and they went to commercial over the announcement (Canadian television stations are the worst), they also returned mid-song. At that point, I abandoned my recording and purchased Rent: Live on iTunes. I’m tempted to cancel my TV service and simply purchase shows given how often Canadian service providers screw up things like this. Enough ranting about the lack of real service in Canada, let’s talk about Rent: Live.

I should start by saying I LOVE RENT! I’ve seen it on stage a half dozen times, I’ve seen the movie more than a hundred times. I have a row of books on the topic. My only negative RENT experience was a book signing with Anthony Rapp, where I was a little put off by his attitude. I’ve met plenty of celebrities at signings and it was the only negative experience I’ve ever had.

If you watched Rent: Live or have seen any entertainment news, then you know that the musical did not air live. Due to an injury, most of the night was a broadcast of the dress rehearsal. I’ve seen a lot of people complain about this, I’ve also seen a lot of people complain about this version of RENT. Those people are CRAZY. The cast gave it their all and they were amazing. I was moved to tears repeatedly, I was on the edge of my seat, I enjoyed almost every moment of it.

Since I could gush forever, let’s talk about the parts I didn’t enjoy.

My wife had an issue with Over the Moon, but she always dislikes that part of the show.

Personally, I would have loved to have seen a reprisal of NPH’s version from the Hollywood Bowl back in 2010. One of my goals in life is to see that version before I die simply because of the casting choices that were made.

I did, however, think that the cast did an amazing job. Jordan Fisher and Brennin Hunt put on an incredible show, particularly when playing off each other and Vanessa Hudgens was amazing as always.

I say this, having paid $6.99 to purchase the show on iTunes… more than I spend to rent most movies, it is well worth the watch. You’ll enjoy it! 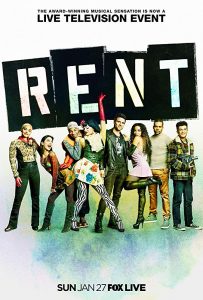 How do you take a rising action star, cast them alongside one of the greatest actors in film history, and create a horrible film? This was the thought that went through my head while I […]