Romantic Comedy? Comedy? I’m not sure which category Crazy Rich Asians really falls in, but I keep seeing and hearing romcom, so I’ll go with that. The cast killed it! Henry Golding was stellar in his feature film debut and has become an instant leading man in my eyes. I finally saw the trailer for A Simple Favor and he was easily recognizable in that, I look forward to seeing him in many more films, including Last Christmas – which happens to be my favourite Christmas song – next year. Constance Wu is fantastic in Fresh off the Boat and just as amazing in Crazy Rich Asians, I’d like to see her in more leading roles. Nico Santos and Ken Jeong are both sitcom royalty and, while we knew Jeong could kill it on the big screen, it was great to see Santos do the same. If I have a complaint, it’s that there were too many good performances to call them all out individually, but I will call out one more… Awkwafina brought life to one of the movies more entertaining characters and was always fun to have on screen.

The film has been the talk of the year and my wife and I tried multiple times to see it in theatres but it was sold out for weeks and when we finally could get tickets, we were overbooked and didn’t have time. If you live under a rock and aren’t aware of it, Crazy Rich Asians is a romcom look at what happens when a professor from New York journeys to Singapore with her boyfriend to attend a wedding, only to learn that his family are the 1% of the 1% and he is destined to take over the family business.

The film is a mix of excesses (of everything) and touching moments. From flying out to international waters and booking an entire private island complete with shopping sprees to moments alone crying in bed and the willingness to sacrifice everything for love. At one point, I actually had to rewind the film and rewatch a scene on a private party boat in international waters. It was in the background and my wife missed it, but an RPG is fired from the boat and you can see the woman holding it thrown backwards across the screen. It was these small details in various scenes that really made me appreciate the movie.

The story is very typical. A rich family does not want their only son to marry beneath him, maintaining the old fashion view that status is everything. Fortunately, he is smarter than that and is in it for love. They try everything to force Rachel (Constance Wu) to abandon Nick (Henry Golding), but she is determined to fight back, to prove she is worthy of Nick’s love. Thankfully, she has help from college friend, Peik Lin Goh (Awkwafina), and her family, as well as a few members of Nick’s family including Astrid (Gemma Chan) and Oliver (Nick Santos). In the end, we have the classic romcom hurdle – the blocker that is supposed to make the audience think that all is lost. Of course, all is never lost when you’re talking about a romantic comedy and we get our happy ending.

While the story here is rather typical of romantic movies – it is a great one, that’s why so many movies use it. The movie really stands out on casting and comedy. It was hilarious and the cast nailed the scenes perfectly. There were several times, where we had to pause the film in order to regain control of our laughter. This one is worth the watch and, if you’re a romcom fan like I am, you may regret only renting it… I know I wish I had purchased it. 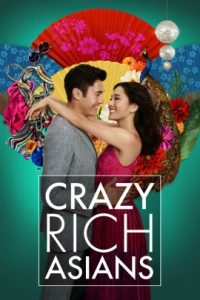 Movie description: The story follows New Yorker Rachel Chu (Constance Wu) as she accompanies her longtime boyfriend, Nick Young (Henry Golding), to his best friend’s wedding in Singapore. Excited about visiting Asia for the first time but nervous about meeting Nick’s family, Rachel is unprepared to learn that Nick has neglected to mention a few key details about his life. Not only is he the scion of one of the country’s wealthiest families, but also one of its most sought-after bachelors. Being on Nick’s arm puts a target on Rachel’s back, with jealous socialites and, worse, Nick’s own disapproving mother (Michelle Yeoh) taking aim.

John Travolta’s latest film, Trading Paint, tries to mix dirt track racing with emotion. I’m not sure how many people are fans of both, but I found myself enjoying the film. I grew up a […]